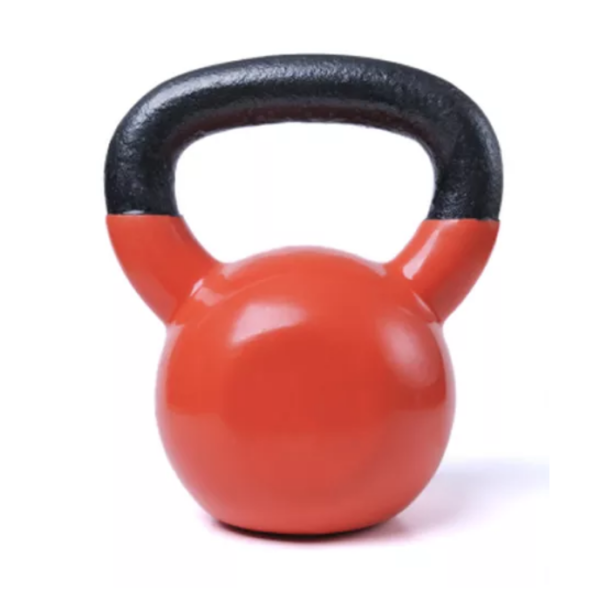 The Kettlebell swing started gaining traction in the U.S. in the early 2000s. The exercise has been popular in countries like Russia, Australia, Brazil and New Zealand for much, much longer. When done correctly, the swing can sculpt your backside from your calves up through your glutes (and everything in between).

Unfortunately, it is such an easy exercise to screw up and countless articles have been written on how to get the form correct. After reading many of them, I questioned whether to even write yet another one. But in every gym, in every makeshift “kettlebell” area (you know exactly what I’m talking about), there are people doing it wrong. And it’s not even the lack of results that bothers me, it’s that this exercise performed incorrectly can cause massive injuries to the lower back.

So instead of beating you over the head with the benefits (nice ass and hamstrings, period), let’s just focus on the three phrases I find myself saying most often when coaching the kettlebell swing.

My girlfriend will be the first to tell you that with three sisters and a fierce-as-hell mom, I am far from sexist. But in the proper kettlebell swing form, you need to thrust like a guy ready for, well, you know. The end of the swing should have you pushing your hips forward and squeezing your behind as if your life depended on it.

Say it with me. Hip hinge. I say this phrase so often when coaching the kettlebell swing, and it works. Kick your hips back, but keep them raised. You can bend your knees, as long as you remember this is not a squat. Think of it like you are sitting in a chair on the backswing. Hinge your hips back, keep them raised and then refer to #1.

#3. Shoulders back, chest out.

Push your shoulders down and back at all times. Pop that chest out. This should feel uncomfortable. The only body part you should be squeezing more than your shoulder blades is your ass. Your back should not be rounded. If it is, your weight is too heavy. Your shoulders will come down as you prepare to swing, but should never go out over your knees.

When you can do 30 in a row, add weight. You don’t need to do a ton of kettlebell swings to get an effective workout. Try doing 50 swings in the evening if you have a kettlebell at home or first thing in the morning. Keep adding weight until you can just barely finish. It’s not a bad thing to take a timed rest between sets. Split it into two sets of 25 with 60 seconds rest in between.

Let me know if the comments if there are particular exercises you’d like to see us cover in next week’s form clinic.